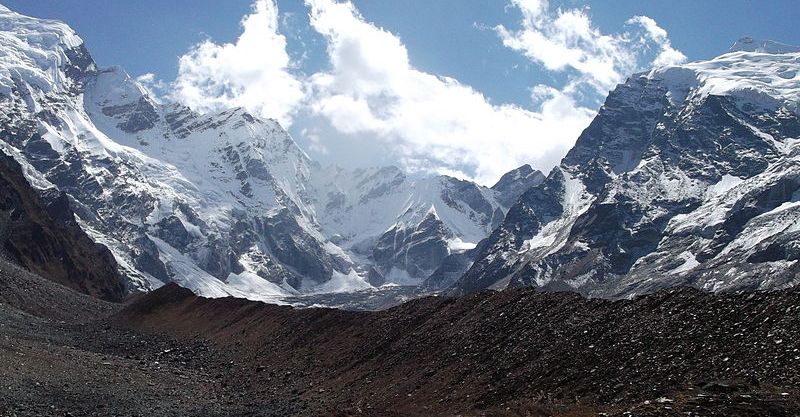 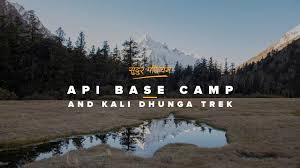 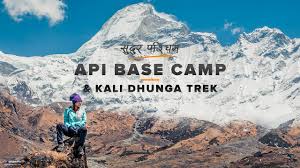 Api Base camp trek and Kali Dhunga Trek lies in on the lap of panorama view of Api Himalaya ranges. Once you decided to choose this trekking destination to trek in Nepal Himalaya this is the best trekking destination. Trek is still unexpected trekking trail and not many traveler has visit this area. It is shrouded side in the western remote territory of Nepal. While trekking in this course, we will almost certainly observe Kali Dhunga which is one of the Holy Lake around there and we can reach there by a stroll of around two hours from the base camp. Limi Valley Trek.

Api Base camp trek is very remote and immaculate trekking zone in western Nepal. Till now, just couple of vacationers have visited the area. The genuine wild of the Nature can be experienced along Api Himal base camp trail. Wonderful mountain scene, social assorted variety, fast waterways and immaculate woods are the primary attractions of this district. Aside from the beautiful magnificence, off-beaten trails and puzzling society, the area offers an all encompassing perspective of the 7,817-meter Mt. Nandadevi, which lies in Uttar Pradesh of India, Thado Dhunga Tuppa (5,368m.) Rara Lake Trek.

Api Base camp trek is quite remote and untouched trekking area in western Nepal. Till now, only few tourists have visited the region. Beautiful mountain landscape, cultural diversity, rapid rivers and pristine forests are the main attractions of this region. Flora and Fauna Likewise, you can also explore various type of Himalayan Rhododendron in this region. Even more, this trekking route is also abundant with different types of wild mushroom. Furthermore, this region is very famous for different kinds of herbs and shrubs. Dolpo Trek.
The favorable month for trekking in Api Base Camp is between September to November and March to May.

Day 01: Arrival in Kathmandu (1,300 m)
Following your arrival time at Tribhuwan International Airport, our company representatives will be there for your warm welcome and to shift you towards luxury tourist standard hotel. Therefore, we plan on gathering at our office discuss upcoming trek.
Day 02: Drive / Fly Kathmandu to Nepalgunj (517 km) – (1 hour flight, 10 / 11 hrs drive)
Our journey begins with a drive of flight from Kathmandu to Nepalgunj. It will take approximately ten to eleven hours to reach Nepalgunj by road which may be tiresome to someone whereas it will take one hour to reach Nepalgunj from Kathmandu by flight. Overnight at hotel
Day 03: Drive from Nepalgunj to Mahendranagar (219 km) – 3 / 4 hrs drive
After breakfast, we head towards Mahendranagar. After three to four hours drive we reach Mahendranagar from Nepalgunj. Overnight at hotel.
Day 04: Drive from Mahendranagar to Gokuleshwor (290 km) – 5 / 6 hrs drive
Leaving Mahendranagar, we move forward to reach Gokuleshwor which can be reached in five to six hours drive. Overnight at camp.
Day 05: Trek from Gokuleshwor to Karkale (900 m) – 2 / 3 hrs walk
Today, the first day of our trek begins. We will hike through an area with picturesque peak view and striking landscape. We will have to make about 2 hours straight walk and reach Karkale, where we will stay overnight at camp.
Day 06: Trek from Karkale trek to Chiureni (1100 m) – 6 / 7 hrs walk
Commencing our trek from Karlkale, we will walk through stunning villages and farmland. On the way, we will cross countless hanging bridges. After walking for six to seven hours, we will reach Chiureni. In Nepali, Chiuri means butter tree. This place is famous for butter trees so the name comes after it. We will see many butter trees around our campsite and stay overnight at camp.
Day 07: Trek from Chiureni trek to Makarighat (1800 m) – 6 / 7hrs walk
On this day our trekking trail follows the Chamliya Khola moving ahead from Chiureni. The trail goes to straight and some part narrow. Overnight at camp.
Day 08: Acclimatization at Makarighat
Today is the rest day after two long trekking days. You can explore the beauty of Makarighat on this day.
Day 09: Trek from Makarighat trek to Seti (2800 m) – 6 / 7 hrs walk
The trail today is ascending. We have to walk frequently uphill and climb up to 1200m. On the way we will see some villages and observe that settlements are very scattered. We can see pleasant Mountain View while walking for about six to seven hours. Overnight at camp
Day 10: Trek from Seti to Lawathi (3000 m) – 4 hrs walk
Leaving Seti, the trail goes up and move down again for about 2 hours then we will reach Lawathi. This is the last village of this trek and this place is known as Saheb Bagarâ. Many years ago, trekkers were staying at that place so local people started to call this place “Saheb Bagar”. From here trail goes to uphill and walk through dense jungle reaching Lawathi where you will spend your overnight.
Day 11: Trek from Lawathi to Simar (3300 m) – 5 / 6 hrs walk
Commencing trek from Lawathi, we hike through thick jungle. The trail goes tenderly up hill. During the summer season there are a lot of kinds of plant which can be seen in this area. The name of plant calle “Yarsagumba” which is kind of Viagra.
Day 12: Trek from Simar to Dhawaliwadar (3800 m) – 4 / 5 hrs walk
On the following day, we walk straight to Dhaliwadar. “Dhaliwadar” means cave as mentioned above in the past days nomadic people used to stay at this cave. Today we will walk through greenery forest with Mountain View and need to cross some small stream. Overnight at camp
Day 13: Trek from Dhawalidwar to Api Base Camp (4100 m) – 2 hrs walk
Ascending up for about two hours from Dhawalidwar, we will reach at Api Himal base camp. After having lunch, we will visit to view the holy lake, walk around the base camp and enjoy with stunning mountain views. Overnight at camp.
Day 14: Trek from Base Camp to Saheb Bagar (2800 m) – 6 hrs walk
Early n the morning, after breakfast we descend down to Saheb Bagar and go behind the same trail following the same path. After six hours walk, we will reach Saheb Bagar where we will stay overnight.
Day 15: Trek from Saheb Bagar to Makarighat (1800 m) – 6 / 7 hrs walk
Leaving Saheb Bagar, we move forward towards Makarighat which will take about six to seven hours to reach ou destination. Overnight at Makarighat.
Day 16: Trek from Makarighat to Bitule (1200 m) – 5 hrs walk
Following the same foot path, we walk back to Bitule chaur for about five hours. Overnight at Bitule.
Day 17: Trek from Bitule to Gokuleshwor (850 m) – 5 / 6 hrs walk
Today is the last day of our trek. We will walk through stunning villages for about six hours to reach Gokuleshwor. Overnight at Gokuleshwor.
Day 18: Drive from Gokuleshwor to Mahendranagar – 5 / 6 hrs drive
Driving back to Mahendranagar after such a wonderful trek makes such a relief. After about six hours drive, we will reach Mahendranagar where we will spend our night in one of the hotel.
Day 19: Drive from Mahendranagar to Nepalgunj – 3 / 4 hrs drive
After breakfast, we drive from Mahendranagar to Nepalgunj. The drive is short and pleasant. Overnight at Nepalgunj.
Day 20: Flight from Nepalgunj to Kathmandu
Early in the morning, fly Nepalgunj to Kathmandu.
Day 21: Departure Day
On last day focusing your time, you can go shopping to collect some gifts for your friends or family members. We help you with your necessary arrangements and pack-ups along our private vehicle transfer you to the airport focusing your departure time. Our representatives will be there to wish for your safe flight and successful steps ahead.

Api Himal base camp trek is quiet and peaceful trekking area. Only few trekkers have visited Api Himal Base Camp. The real wilderness of the Nature can be experienced along Api Himal base camp trekking. Beautiful mountain landscape, cultural diversity, rapid rivers and pristine forests are the main attractions of this region. Api Himal trek offers a panoramic view of the 7,817 meter Mt. Nandadevi, which lies in Uttar Pradesh of India, Thado Dhunga Tuppa (5,368m), Api Himal, Rajamba (6,537m), Kapchuli and many other peaks. The 6,850 meter peak of Kapchuli is also known as Jethibahurani. There is a famous holy lake “Kali Dhunga”, which is about one and half hours walk from Api Himal base camp. Api Himal base camp trek offers lovely view, high passes, remote villages and various cultures. The Trekking trail of Api base camp pass through the Api Nampa Conservation Area which was declared in the year 2010 to protect the ecologically diverged region. The subtropical, temperate, subline, alpine vegetation and forest of api nampa gives the shelter to Himalayan black bear, commom langur, jackal, snow leopard, red panda, Himalayan musk dear, Himalayan thar, blue sheep and 200 species of bird.
The communities are both Hindus and Buddhists still follows their ancient cultures and lifestyle of the local people. One can have opportunity of being with the local people who are ever welcoming and offer visitors with their enthralling cultural traditions which sum up to make holiday time a wonderful moment to remember.

Api and saipal are restricted area thus, we have to prepare special permit for trekking in Api and saipal base camp. There are no designated camp sites when we reach there; we have to manage the camp site. Api and saipal area of extreme geographical conditions with the elevation fluctuating between 1524m, 7337m, and an approximate population of 45,000. The natives still speak an archaic dialect of Tibetan and Nepali languages. Api saipal region is equally popular among those interested in bird watching.

Cost Includes:
Airport pickups and drops in a private vehicle
Flight from Kathmandu to Nepalgunj to Kathmandu
3-star hotel accommodation in Kathmandu with breakfast
Tea house accommodation and camping during the trek
All meals (breakfast, lunch and dinner) during the trek
Farewell dinner in Kathmandu
All ground transportation on a comfortable private vehicle as per the itinerary
An experienced, English-speaking and government-licensed trek leader and assistant trek leader
Porter service (2 trekkers: 1 porter)
Staff costs including their salary, insurance, equipment, food and accommodation.
All necessary paperwork and trekking permits
Medical kit (carried by your trek leader)
All government and local taxes

This piece info is creating data on consumer goods and equipment needs, For those that would love an extra detailed discussion for equipment for Nepalese Himalayan Trek.
The following equipment list is required for Nepal Trekking and climbing and a list, you have to have suggested equipment just have with you, however, that you just might have your own personal first choice equipment which can be equally as appropriate

In addition to the items mentioned above for trekking, the following is a list of the additional specialist items which are required for the trekking peaks.
Plastic or leather mountaineering boots, with gaiters and crampons that have been tested for a good fit.

If you have any inquiry the get a quick service.

WE are associated with